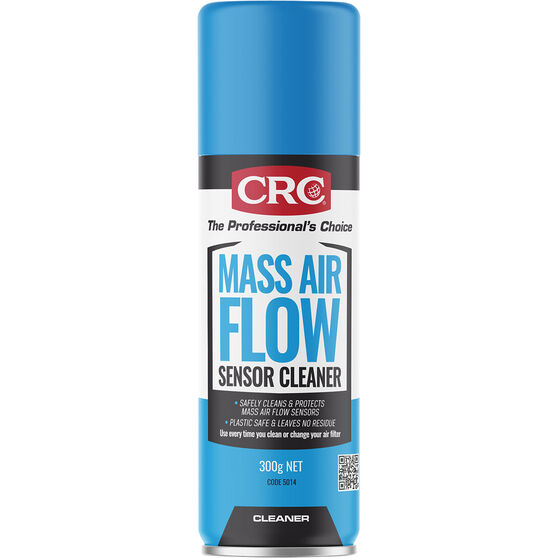 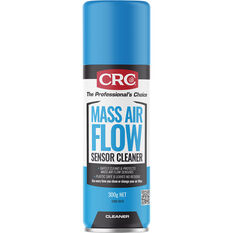 Most modern EFI (electronically fuel injected) vehicles operate with the assistance of a device called a Mass Air Flow sensor, also known as an airflow meter. This sensor applies a constant voltage to a small wire, which sits in the intake system. The voltage applied heats this wire to known temperature, and as cool air flows past the wire, the wire is cooled. This, with the conjunction of clever mathematics can give the car's computer a good idea of how much oxygen is being accepted by the intake system, and adjust fuel mixtures accordingly.

However, as a vehicle is driven, it is common for a small layer of dust or oil to build on the sensor wire, insulating it from the airflow, potentially leading to under-fuelling at lower road speeds. Due to the sensitivity of the component, physically touching the sensor may lead to damage, whilst some cleaning products may leave a residue, potentially compounding the issue. That is where this CRC Mass Air Flow Sensor Cleaner can offer a brilliant solution.

CRC's Mass Air Flow Sensor Cleaner is supplied in a spray form, providing clean and directed spray patterns. Unlike other spray cleaners that might leave a film to prevent the build up of dust and grease, this CRC spray is engineered to penetrate and remove dust and dirt, without leaving any film or residue that could interfere with the operation of the sensor. This spray is also plastic safe, so it won't damage the sensor mount, or the sensor housing regardless of its construction.

So grab a can today, and make cleaning your Mass Air Flow sensor a part of your service routine. It is inexpensive, easy to do and can go a long way to improving your cars economy, lifespan and performance.

Rated 5 out of 5 by Subysnacks from Breathe, breathe in the air.... Definitely makes a difference when you have a nice clean MAF sensor. Car idles better and has more responsive throttle and better mileage too. So it's win, win all round. Use it every time I change an air filter cos it DOES work. Does what says on the can.
Rated 5 out of 5 by Andrew from Crc MAF sensor cleaner Brilliance in a can!!! This MAF sensor cleaner was easy to use, took no more than 5 mins to clean and let dry and the engine response was actually noticeable. I would reccommend this product to everyone
Rated 5 out of 5 by Anthony from Best maf cleaner Will not buy any other maf cleaner You get what you pay for
Rated 5 out of 5 by 207521406 from works well It does what it claims, i watched it make all the little wires bright again, and then evaporate away. Let the unit sit as condensation will form, when that's gone. refit. I would use this with every filter change.