Supercheap Auto are proud to partner with these leading racing categories, teams, events, and automotive influencers. Motorsport is in Supercheap Auto’s DNA and these partnerships benefit Club Plus members with special offers and money can’t buy experiences. 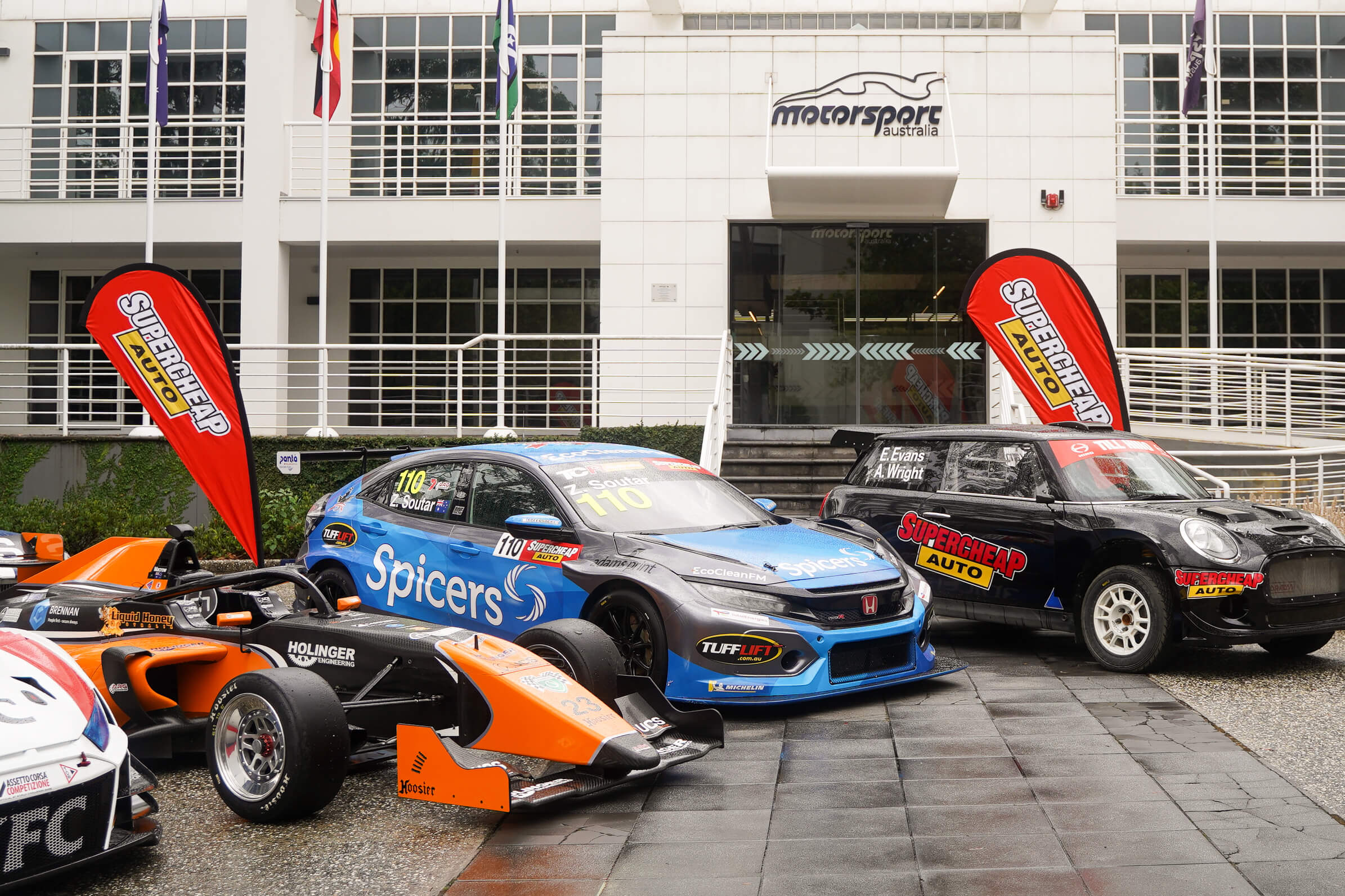 Motorsport Australia is focused on the development, regulation and administration of motorsport across Australia... Supercheap Auto is the proud major partner of the Bathurst Netball Association... Situated within 45 minutes of Brisbane, Willowbank Raceway is the leading drag racing venue in Australia... 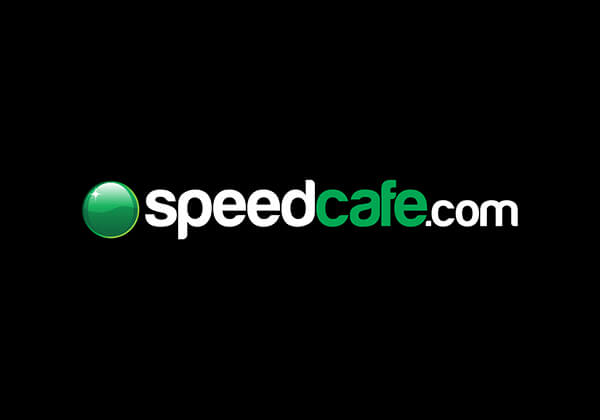 Providing the industry and fans with the latest news, results and breaking stories from Australian and around the world... 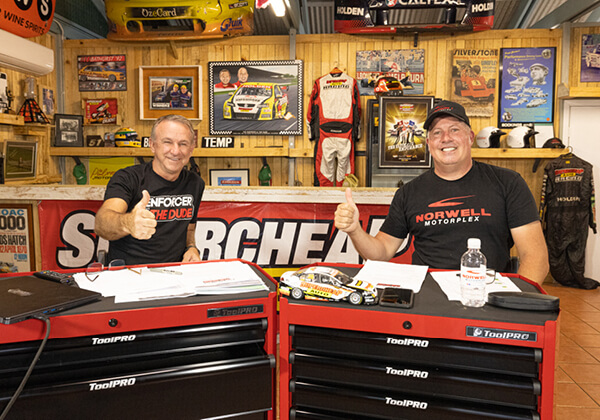 Enforcer and The Dude is an online show hosted by Supercars legends, Russell Ingall and Paul Morris... 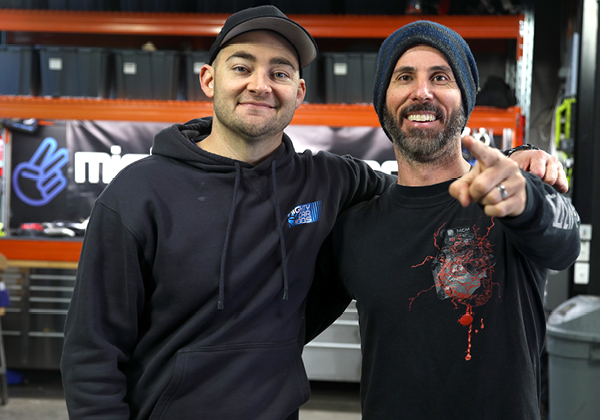 Mighty Car Mods is an independent automotive series created by a couple of mates called Marty and MOOG...

Broc Feeney heads up the #888 Holden Commodore in the second tier category, the Super2 Series – a proven training ground for rising stars to progress into the main game.

Supercheap Auto joined the squad as a major partner at the beginning of the 2021 season, across both Red Bull Ampol Racing and Broc Feeney’s Super2 campaign.

To find out more about the race team and drivers, visit RedBullAmpolRacing.com.au Jamie Whincup stands among the elite – etching himself into the history books with a record-breaking seven Supercars championships, he has also won four Supercheap Auto Bathurst 1000 crowns.

Three of these victories at Mount Panorama came in 2005, 2007 and 2008 with co-driver and fan favourite, Craig Lowndes.

Whincup is regarded as one of the greatest drivers in Supercars championship history, with in excess of 100 race victories and 90 pole positions at the beginning of the 2021 season. Every one of the pole positions and race wins has been with Triple Eight, creating a very special team and driver relationship.

In February 2021, Whincup announced he would be stepping down from full time Supercars drivers at the end of the season, taking over from Roland Dane as Triple Eight’s Managing Director and Team Principal for the 2022 season. Kiwi Superstar Shane van Gisbergen is one of the quickest drivers in the field and already has a Supercars Championship and Supercheap Auto Bathurst 1000 victory under his belt.

His 2016 Supercars Championship came in his first year at the Triple Eight team, while he capped off the 2020 season with an emotional Supercheap Auto Bathurst 1000 crown. The highly popular Kiwi driver loves to jump in any car on any truck, recording success in GT race cars around the world.

Van Gisbergen is one to watch…especially when the wet weather comes out and is widely regarded as the most talented ‘racer’ on the grid, when it comes to one on one combat on the track. Rising star Broc Feeney is one to watch this decade.

Schooled by 2014 Supercheap Auto Bathurst 1000 race winner, Paul Morris, it is hard to argue Feeney’s raw talent through his success in any car he gets behind the wheel of.

Feeney competes in the Super2 Series, the second tier to the Supercars Championship main game in the #888 ZB Commodore.

When Feeney is not racing in the Super2 Series, you’ll find him either working on his own Excel Racing car which he also races with great success at a grass roots level, or passing on his knowledge as a driving instructor at Norwell Motorplex.

Long touted as a future champion in the Supercars, Feeney will partner Russell Ingall in the Supercheap Auto wildcard at the 2021 Bathurst 1000.

The new partnership continues Supercheap Auto’s long-standing commitment to Australian motorsport, where it has successfully supported race teams and major events for close to 25 years.

For more information on the TCR Australia Series including the racing calendar, visit tcraustralia.com

Supercheap Auto is the proud major partner of the Bathurst Netball Association.

Supercheap Auto’s partnership with the Bathurst Netball Association includes the support of their facilities and members.

The association which was founded in 1976 now manages in excess of 18 events per year, exceeding 1,000 individual games.

Supercheap Auto was announced as the naming rights sponsor of the Bathurst International in 2021 on a multi-year deal.

The inaugural Supercheap Auto Bathurst International will take place in 2022. For more information on this event, visit bathurst.international

Featuring at motor racing circuits throughout Australia, Taupo in New Zealand and event an annual event in Minnesota USA, Powercruise offers its customers the opportunity to on track to enjoy their cars and push the limits in a legal, safe and controlled environment.

Powercruise events aren’t just about showing off how good your car looks or its also about getting the pride and joy out of the shed and using it at this family friendly event. Open to almost all makes and models of car, there’s something for every taste at Powercruise, with entertainment for both spectators and entrants on track and off.

Situated within 45 minutes of Brisbane, Willowbank Raceway is the leading drag racing venue in Australia.

Opened in 1985, the venue plays hosts to all sorts of competitions year-round, including a range of off-street racing programs up to Australia's marquee professional Drag Racing event, The Winternationals.

For more on the circuit and upcoming events, visit willowbankraceway.com.au

Speedcafe.com is an Australian motorsport news website providing the industry and fans with the latest news, results and breaking stories from Australian and around the world.

Supercheap Auto have been a Platinum Partner since 2015.

Enforcer and The Dude is an online show hosted by Supercars legends, Russell Ingall and Paul Morris.

Filmed on the Gold Coast at a race track in Norwell Motorplex, the popular online show has some similar traits to that of Top Gear.

The duo promise frank and unbiased opinions on all the hot topics in the motorsport and automotive worlds – whilst delivering plenty of laughs and hilarious stunts along the way.

Mighty Car Mods is an independent automotive series created by a couple of mates called Marty and MOOG.

The duo has come a long way since their first episode aired in January 2008, with over half a billion YouTube views, along with a worldwide broadcast partnership on the Discovery Channel.

Marty and MOOG have an unwavering focus on automotive adventures, taking their viewers through fantastic automotive projects which can be done at home.

The show was created through their passion for working on cars, making music, riding motorbikes, shooting films, and travelling the world in search of adventure and automotive culture.

To find out more about Mighty Car Mods, visit mightycarmods.com or watch them on Youtube .

Motorsport Australia is focused on the development, regulation and administration of motorsport across Australia.

Motorsport Australia has a proud history and has been the custodian of motorsport in Australia since 1953. The organisation is the Australian delegated National Sporting Authority (ASN) by the Fédération Internationale de l’Automobile (FIA), the governing body for world motorsport and the federation of the world’s leading motoring organisations; a responsibility held since 1958.

Motorsport Australia provides racing licences competitors for all forms of four-wheeled motorsport including off road, rally and circuit, affiliates both enthusiast and sporting car clubs, and provides licencing and training for officials.

The partnership has a strong focus on building a deeper connection with motorsport competitors, officials and car clubs across the country.

To learn more about the partnership, click here for the media release.