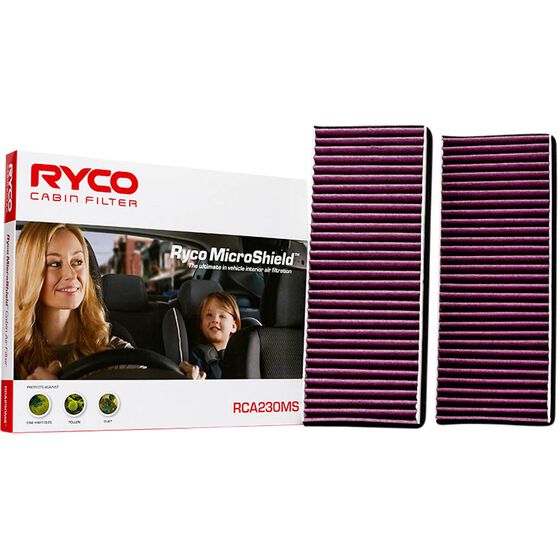 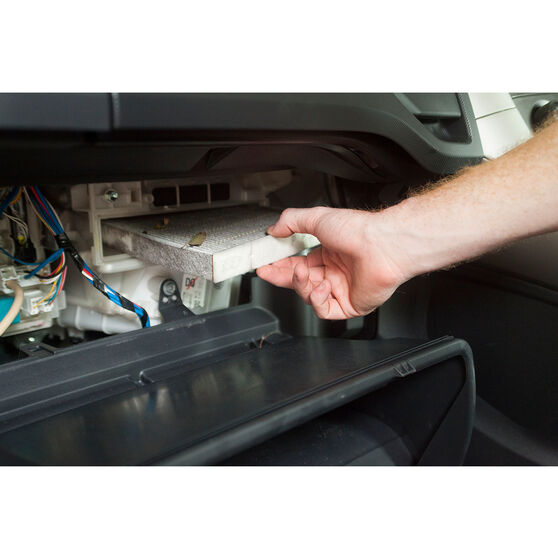 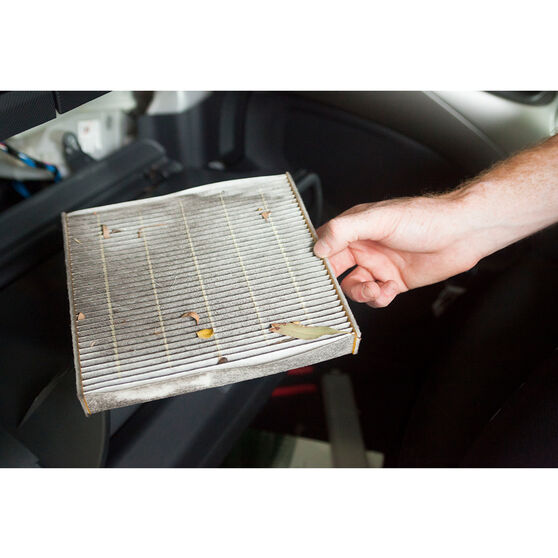 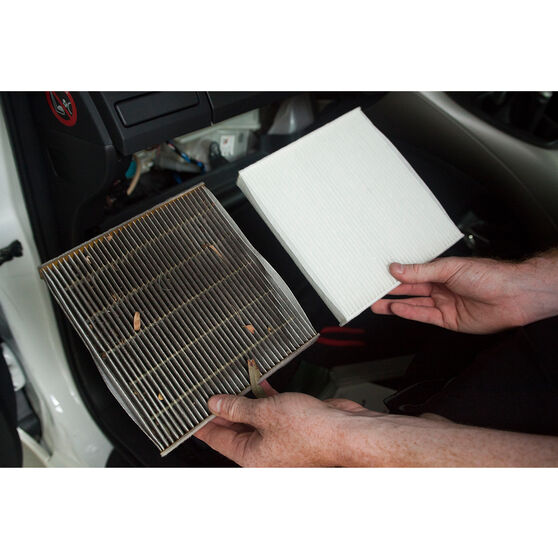 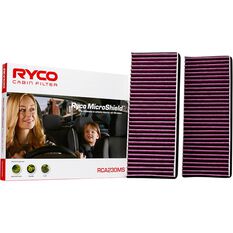 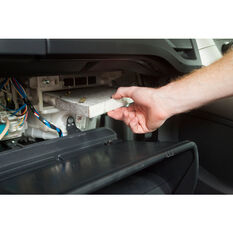 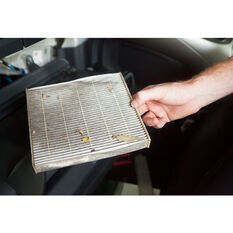 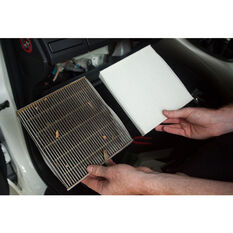 A cabin air filter helps to reduce the amount of particles entering your vehicle through the heating, ventilation and air conditioning (HVAC) system. These contaminants such as dust, pollen, fungus, bacteria and exhaust gases may not bother you directly however can affect your health long term. Ryco Microshield Cabin Air Filter media is multilayered, the pollen filter layer provides filtering of particles as small as 2.5 microns in size, the carbon activated layer neutralises any odours such as soot or exhaust gases and finally the microshield layer provides anti-bacterial, anti-mould and anti-viral properties to protect you from outside contaminants.

It is recommended to replace your vehicles cabin air filter every 15,000kms or at least once a year. Failure to do so can lead to your cabin air filter becoming clogged up with dirt and other contaminants which will significantly reduce the airflow entering your vehicles interior and presents the possibility of drawing these contaminants through the clogged filter. Cabin air filters are generally located either in behind the glove box or under the bonnet of your vehicle however can differ between makes and models of vehicles. To locate your car's cabin air filter, simply refer to the included instructions in the box. Once you have located it, it's as simple as removing the old filter and replacing it with the new direct fit Ryco filter.