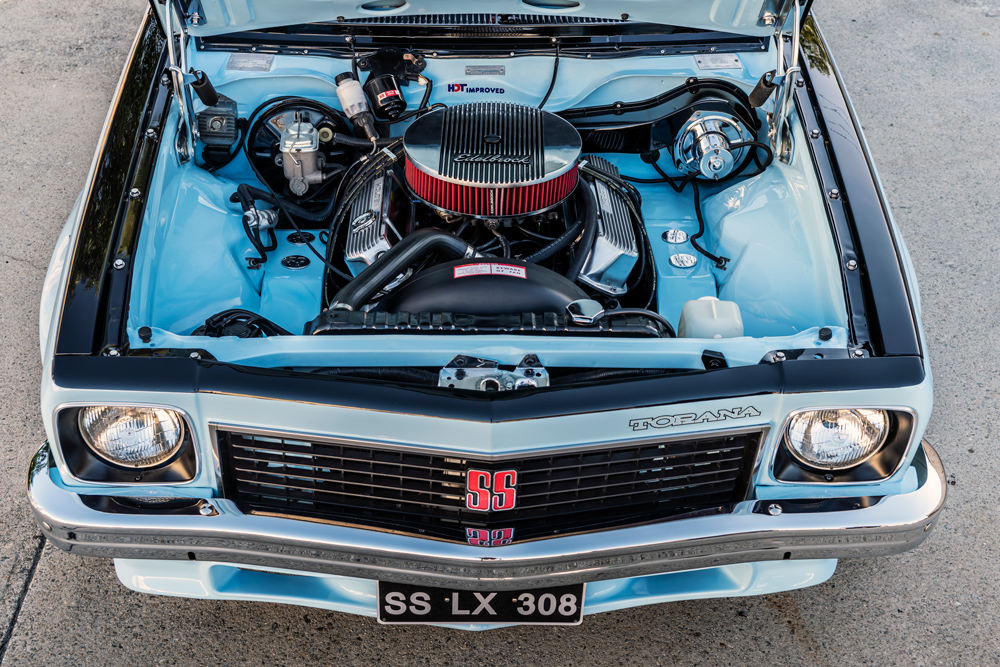 One of Australian sport’s most iconic images is a photo of a red-and-white hatchback Torana, grimy from a whole day’s racing, blasting down the side of a mountain in western NSW. Taken as the sun is low on the horizon, this picture symbolised the end of an era in Aussie motorsport, as the mighty Holden A9X Torana in the hands of Peter Brock took its final Bathurst win in the most emphatic way. Angelo Roberto from Perth remembers that day in 1979 well, when Peter Perfect was simply unbeatable on Mount Panorama, and it was a huge reason he loves the LX Torana hatchback. “I remember Brocky in the A9X hatchback from 1979 when he won everything and won the Bathurst 1000 by six laps,” he says. “The A9Xs were too expensive, and I missed out on an L31-spec SS hatch back in the day, so then the prices got away from me. They got so expensive but I bought this one 12 years ago it was much cheaper than buying a matching numbers car.”. Angelo’s Torana started life as a six-cylinder, but still carried the much sought-after SS tags. Today he has built it into a street car that shows its 1970s DNA, but has been modified in a period style A9X tribute. “I’ve always been a Holden person and I’ve always had V8s all my life,” explains Angelo. “My first car was HX Premier with a 253ci V8 that I bought when I was 16 and I’ve always had good cars, including a 308 VK Commodore, plus I bought a VS SS Commodore new and had that for 10 years., and I have a 6L V8 Crewman as a daily driver. I love them and it’s just the feel of them. It’s sad we don’t have them anymore!” 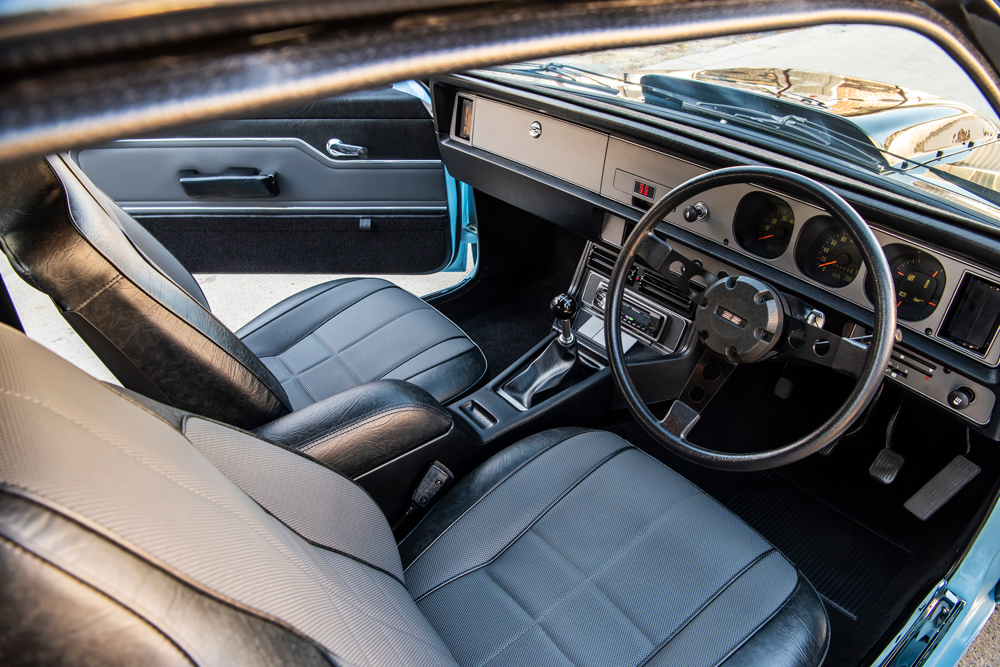 Angelo found his Opaline Blue Torana on the East Coast down in Victoria as an unfinished project. Looking past the work he didn’t agree with he realised it was a great base to build his dream car exactly the way he wanted. “The former owner in Victoria had painted and done a lot of work to the car, but it wasn’t finished off,” says Angelo. “It had a velour interior, different carpet and hoodlining in it, so I bought it and a mate of mine brought it over for me. I spent a fair bit of time and money changing the interior to a stock SS-style, plus redoing the driveline, and putting in a nine-inch diff.”

Final Drive in O’Connor built the diff with a 3.00 ratio diff for the safe cruising RPM, while Angelo flicked the Toyota Supra five-speed manual ‘box for a tried-and-true M21 “Aussie four-speed” unit for a pure old-school feel. Under the bonnet is an engine Brocky would have dreamed of having at Bathurst: a 336ci stroker Holden V8, which Angelo has done some detailing work on and got running with a new carburettor. 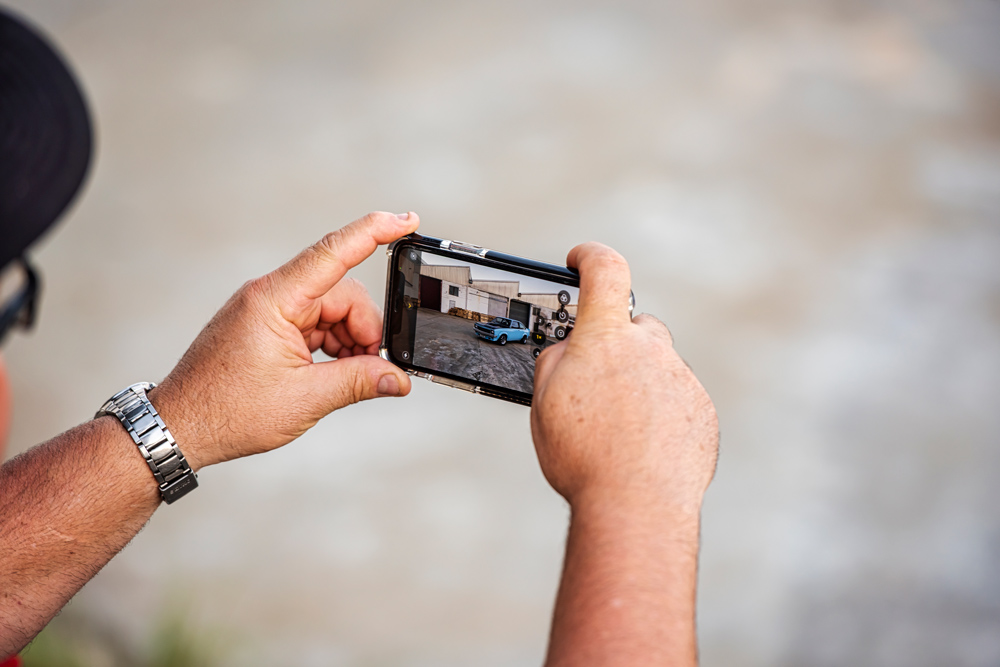 “I tried a Holley carburettor on it, but I got a Rochester blue-printed and put back on and it is great. It drives like a dream with no flat-spots, because this is how they were engineered. The motor has a baby cam and some roller-rockers because I wanted it to drive nicely. It’s pretty quick off the mark, but it drives superb.”

He also had the interior put back to an original style with loop-hole carpet and slate-grey trim on stock seats, though Angelo did customise the beefy three-door in other areas. “When you have flares you need to fill them up, so I had to redo the front flares for clearance to the 245mm-wide Yokohama tyres and 14x8-inch GTS wheels,” he says. “It has 265mm-wide tyres on 14x10in GTS wheels out back and I wanted 14s because that was what the car had back in the day. You can get 15s today but everyone had 14s back in the day.” While some people would be outraged Angelo has modified a genuine L20 SS hatch worth a six-digit value, the affable West Australian sees his car as reflecting a special time in Australian car culture. “Everything is the same as how it was back in the day, apart from the diff and some parts of the motor,” he offers. “The Opaline Blue was a factory Torana colour but you don’t see it much. I love it and it looks like it belongs because Holden did offer it on these cars.” 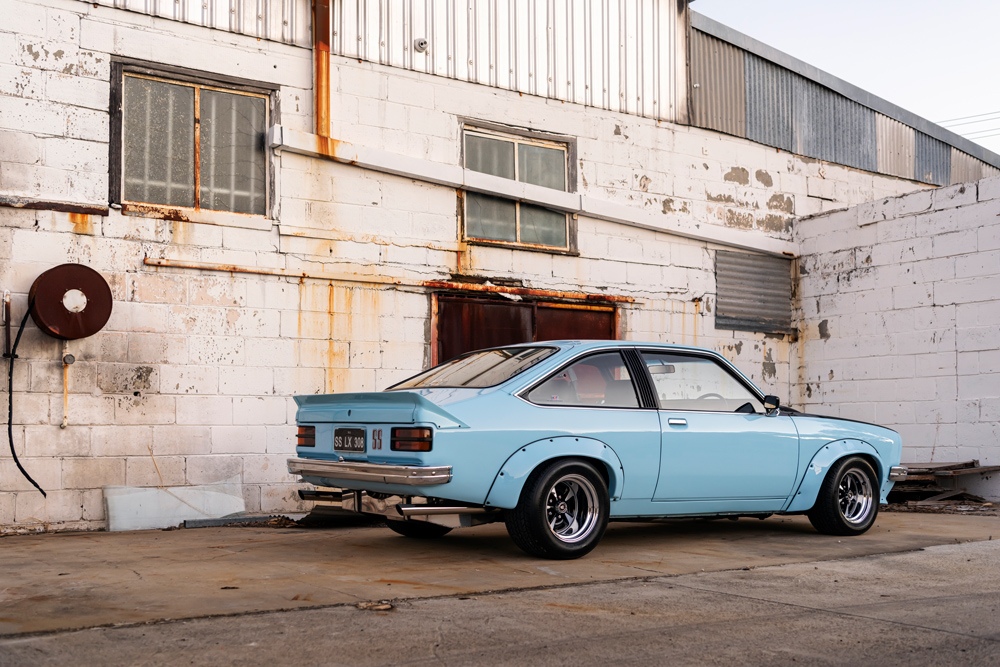 GM-Holden certainly didn’t fit their road cars with a reflective 120L drop tank, but Angelo’s hatch features one that he hand-polishes every 12 months to keep looking fresh. The large-capacity fuel tanks were commonly seen on modified Aussie cars through the 1970s, ‘80s and even 1990s, before boot-mounted fuel cells became fashionable. After more than a decade of hard work Angelo doesn’t have many things left on the To-Do list for his LX. “I would like to put a genuine bonnet scoop on the car as I have one made off a mould, but that is it. Over 12 years I’ve done a bit at a time to make the car exactly how I want it. “I like everything about it, looking at it, driving it…” says Angelo. “It looks tough, I love the shape of the hatch. To me it’s one of Holden’s best cars – my favourites are the hatchback, plus the HQ and HJ Monaro coupes. “I don’t think there’ll be another car like the Torana hatchback ever again,” he sighs, adding, “Every time I pull over for fuel it always ends up in a chat about the old days, and people remember the absolute domination at Bathurst; I even had a policeman stop me to have a look one time.”