We List the best lighting gadgets for your garage

For many would-be home mechanics, the first thing on their shopping list is usually tools. So too is the second, third and fourth - in fact, it's pretty easy to overlook the importance of good garage or workshop lighting and many people don't think of it as a priority purchase. Hopefully, this article will shed some light on why you should perhaps consider good lighting as an integral part of your workshop, and maybe bump it up a few places on the priority list. First let's get some of the jargon (and the puns) out of the way:

If you've had to change a light bulb, chances are you've seen that they usually denote their watt rating. A watt (W) is a measure of the rate at which an electrical device uses or generates energy - one watt is equal to one joule per second. Generally, a bulb with a higher watt rating will consume more power, and consequently it will output brighter light, but there can be exceptions to this rule since lighting technology has evolved. Certain types of light, such as LED lighting, will almost always output more brightness than traditional bulbs for any given wattage, so in order to determine how bright a light will actually be, we need to look at an entirely different unit of measurement - the lumen.

What does a lumen rating mean?

The other rating that is usually advertised where lighting is concerned is the lumen rating, or simply lumens. This is the measure of how much visible (to the human eye) light is generated by a given light source, and it is a far more effective way to gauge whether a particular lamp or bulb is what you are after than the watts are. This is because energy saving, halogen or LED bulbs can output far more lumens than standard bulbs do at specific watt ratings, and each type of light will differ in the amount of power required to generate its light. This leads us to the next bit of jargon you'll likely encounter when you are shopping for lighting solutions - all of the different types of bulbs.

LED vs Fluoro vs Incandescent lighting and halogen - what's the difference?

Aside from some marketing names, most lighting options can be broadly categorised by what type of bulb they utilise.

Which type of lighting is best for which job?

When it comes to everyday workshop lighting, you might find that your overhead lights aren't really that useful when you are lying underneath your car - elbow deep in its running gear and trying to locate a single bolt in an awkwardly positioned hole. Obviously you need a light so you can see what you're doing. But how are you supposed to juggle a torch, your ratchet, and the bits that you're bolting up? And what about when you are trying to disassemble some doodad or other at your work bench – can you use the same light?

The solution to these sorts of problems is specialised lighting – and there are more than a few options that are more or less suitable for different tasks.

As you can now see, there are a few different options available when considering lighting and it is definitely an integral part of any good home-mechanic's toolkit; but as with everything, safety should also be a priority. Obviously don't look directly at torches - it's never a bright idea - but sometimes, when working in close confines, the amount of light that can be reflected off a work surface can be unsafe, so be sure to think about getting lighting that can be run on a lower setting. Another thing to be aware of is the heat output of some lighting. Avoid touching the glass on incandescent lighting, and be aware that even LED lighting can sometimes heat up - particularly the metal heat sinks on the back of floodlights and the like. Like all electrical tools, lighting can be shockingly dangerous if exposed to water, so be sure to only use waterproof lights in wet environments or when working around things like water pumps or radiators - that could leak a bunch of fluids onto your worklight. Also be aware that spraying paint or other highly flammable fluids around floodlights and other lighting can have explosive results. Be sure to only use appropriate types of lights when painting in a spray booth etc.

There we have it. Hopefully this article has shed some light on lights, and will assist you in brightening up your garage or workshop. 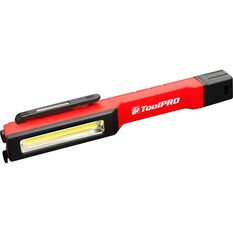 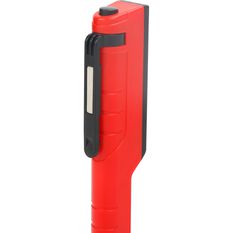 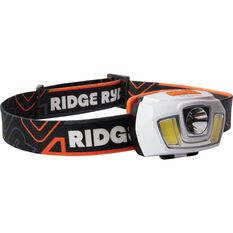 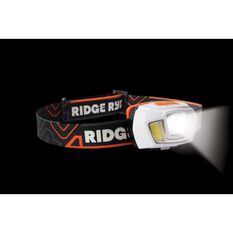 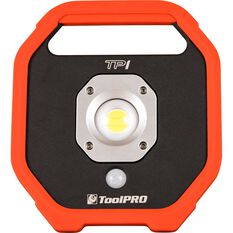 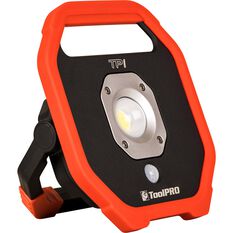 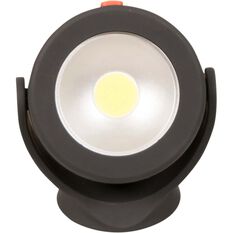 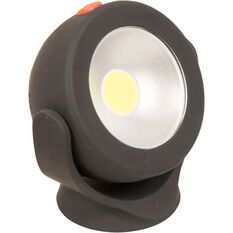 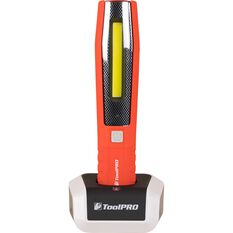 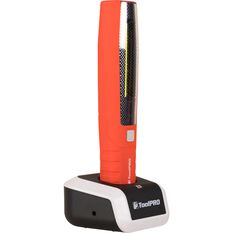 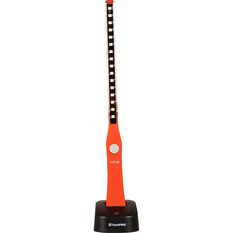 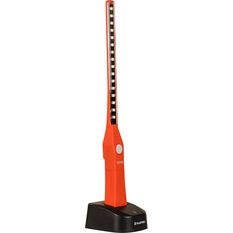 Garage Storage Ideas for your workshop