The basics that make up the ignition system

The ignition system in a petrol car is responsible for igniting the fuel/air mixture in each of the engine's cylinders by providing electrical current to a spark plug. Modern cars have relatively complex ignition setups compared to older vehicles, and there are a variety of different basic types that are used today. Whilst diesel motors rely on compression to ignite the fuel/air mixture, and so don't have spark plugs, they are equipped with a system that uses glow-plugs to heat up the chambers where this mixture combusts in order to aid with starting the motor, and so it is worth including it here. Below, we will outline a few of the differences between the two systems, have a look at the main types of ignition system used in petrol cars, and finally give a brief overview of the types of tools and equipment that you might need should you want to carry out any work on your ignition system.

How long do spark plugs last?

Spark plugs come in many varieties - usually categorised by the material that the central electrode is made from. The use of high temperature noble metal electrodes has meant that many spark plugs can continue to function for incredibly long periods of time, and don't require regular maintenance. Different manufacturers recommend that their particular lines of plug be changed at specific intervals, so it is best to refer to the individual specifications of your chosen spark plug brand and type, however a general rule of thumb is that if there are issues with rough running that can be traced to worn or damaged plugs, always replace all of your spark plugs. This is for two reasons, the first being that if one plug has failed, the others may follow shortly after, if they are the same type (which they should be!) and the other is that it means that you can swap them all out at once and therefore have to spend less time in your garage working on your car, and more time on the road enjoying it! In terms of average lifespan, a cheaper copper electrode plug will usually last around 30-40 thousand kms, whereas a higher-end iridium plug will continue to be fine up to around 100 thousand kms, and platinum-tipped plugs usually last even longer still.

Usually, you'll know that your plugs may be on the way out if you experience a drop in fuel economy, excessive smoking accompanied by unburnt fuel smell from your exhaust, hard-starting, or generally rough running. A quick check of the tips of your spark plugs may either reveal that they need to be replaced, or that the issue lies elsewhere.

How long do glow plugs last?

Glow plugs are usually longer lasting than spark plugs, since they are only used when initially starting a diesel engine from cold. Many glow plug controllers will automatically skip the pre-glow period if they detect that your motor is up to temperature in order to further extend the lifespan of your plugs. The basic plug will usually last around 120-150 thousand kms, though obviously each manufacturer will specify the expected lifespan of their products. Usually you will know that your glow plugs need to be replaced if your vehicle is hard to start and excessively smokey when starting it from cold, but will be easy to start once the motor is warmed up. Glow plugs come in a variety of types, usually separated by how long they stay hot, so always be sure to get the right plug for your system. Running quick-burning plugs in a slow-burn system will result in premature plug failure since they will stay hot for longer than they are designed to. They can also swell up from the constant heat and become difficult to remove, or worse still - they can break off inside the engine block! Using slow-burning plugs in a quick-burning system isn't so drastic, though it will result in the plugs never quite reaching their operating temperature, so your vehicle will be incredibly hard to start from cold, and will run terribly once started. Luckily though, our reference guides will make it a breeze to grab the right plugs for your particular factory setup, so it is only really something you need to be sure of if you run an aftermarket glow plug setup.

There are a few different ignition systems in use these days, and it's a good idea to get a handle on which type your car runs since each has its benefits and drawbacks. Hands-down the most common type found in older vehicles is the mechanically timed ignition system, which is best represented by the distributor-based system. There are earlier examples, such as the magneto-based system, but these are very old and very rare, and if you own one, then you very likely know all about it anyway (I hope!) The other type that is commonly found (especially in more modern cars) is the distributor-less, electronic ignition system. This system does away with the moving parts found in a distributor-based setup, so offers an increase in reliability due to less wear, but at an increased cost due to the complexity of its electronic components. This type is found in one of two arrangements - Coil on plug, and wasted spark.

What is a Distributor?

In a mechanically timed ignition system, the distributor can be though of as the heart of the operation. It looks much like a squid or octopus - with cables running from its cap to each spark plug, as well as the ignition coil. A distributor's job is to direct the spark generated by the coil, to each individual spark plug at the exact right time. In order to do this, the distributor has a rotor inside the cap, that turns at half the speed of the crankshaft and makes contact with little bits of metal in turn, allowing a high voltage to be passed along each cable to its respective spark plug. Distributors will usually require little maintenance, though at times the contacts within its cap may need to be cleaned of residual buildup. If they do fail, most distributors can either be replaced outright, or can be replaced partially, with rotors and caps being relatively cheap and easy to swap out depending of course, where the fault lies.

What is a wasted spark system?

Another fairly common type of ignition system is the wasted spark system. It is so-called, because for each spark plug that fires during its cylinder's compression stroke, another fires on its cylinder's exhaust stroke. This is done in order to half the number of components in the system, and there is no real adverse effect caused by the additional spark generated, in terms of engine wear. The main advantage is that it eliminates the need for a distributor, since the coils just fire in turn and send spark to a pair of cylinders each. This system was developed to limit the chance of damage to the ignition system through moisture or grime buildup in a distributor, but was invented at a time when the materials used in the manufacture of coils weren't quite up to the task of withstanding the high temperatures of a running motor. Once the science was up to snuff, then most car manufacturers moved to a system wherein each plug has its own electronically controlled coil pack, mounted above it.

What is a coil on plug system?

The coil on plug system (or COP) is a system that also removes the need for a mechanical distributor, thus reducing the chance of any wear from moving parts, as well as allowing for absolute accuracy in spark timing. It uses a single coil for each individual spark plug, often mounted in the spark plug valley above the rocker cover on in-line engines, or on the sides of the head on V6s and V8s. The coils are controlled by a computer and so spark timing can be set and adjusted to incredibly specific degrees, resulting in more power and far greater efficiency than mechanical ignition systems.

Working on your ignition system

Depending on the type of ignition system your car has, there are varying degrees of complexity involved in working on it, and therefore varying levels of complexity to the tools required. Probably the most simple task, (and one that will be much the same irrespective of whether your car has mechanical or electronic ignition) is removing, checking and changing spark plugs. Most spark plugs are recessed into the engine, so removal will require special spark plug sockets or spark plug wrenches. These come in a variety of types and sizes, and are often included in most decent socket sets. Checking the gap on your spark plugs can be done using feeler gauges, which are also useful for a variety of jobs so well worth owning. If you need to clean the contacts inside your distributor then it is worth using contact cleaner. You can use very fine sand paper or a wire brush, but this is generally not recommended as it can either cause damage, or leave a fine metal residue which might impair conductivity. Setting or checking timing is best done using a timing light. There are a variety of different types, and some that come with incredibly bright bulbs - making it much easier to see what you're looking for. As with any work you carry out on your car, it's likely you will need a socket set, screwdrivers and spanners to remove any covers, as well as any components that are in the way, such as the intake manifold or the intake ducting. (Not to mention removing the actual component that you want to remove!)

Note: Be sure to follow basic safety measures, and always disconnect your battery to prevent damage to your car, and injury to yourself! 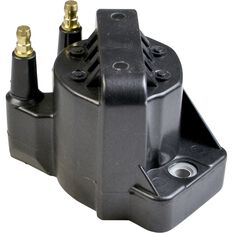 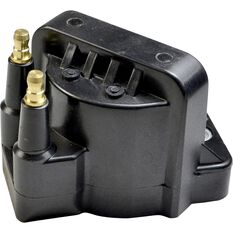 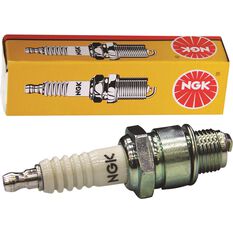 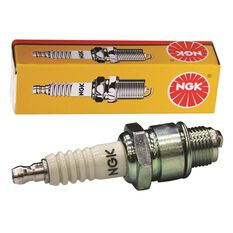 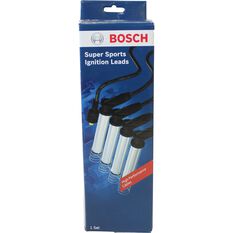 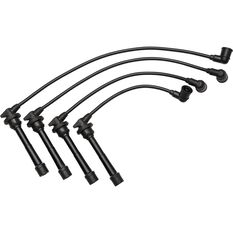 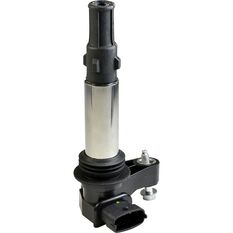 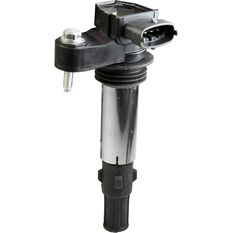 How to Tune your Ignition

Importance Of A Healthy Ignition System