In this article, we will talk about the benefits of keeping your fuel system clean

Any internal combustion engine, whether petrol or diesel, requires three things to run: Air, ignition and fuel. While the type of fuel and the method for igniting it may vary, it is essential that it is still delivered to the right place, and in the right quantity and quality. In this article, we will look at a few of the reasons why it is essential to ensure that your fuel system is clean and in good working order.

What Is Fuel Efficiency?

Nowhere is poor fuel efficiency felt more than in your wallet. Having to refuel more often because your car is burning excess fuel (or leaking it) is a real pain, and with a few checks and some simple maintenance, can be avoided entirely. Be sure to check for any leaks - drips or puddles of fuel under your vehicle when it's parked are a dead giveaway. Carburated engines can sometimes drip excess fuel from relief valves, which indicate an over-fuelling issue or faulty float valves, and EFI engines will usually only drip fuel if they are leaking. Burning excess fuel is more difficult to track down, but a simple clue is the smell and colour of your exhaust fumes. If your exhaust gives off a strong fuel smell or has a black tinge to the smoke, then your car is likely running rich and will need a tune up.

A tidy fuel system will ensure that you can squeeze the maximum performance from your car. If you have issues with fuel delivery - whether caused by blocked and dirty filters, or a sluggish fuel pump - then you will likely notice a performance hit. Similarly, faulty injectors or an untuned carby can cause all manner of issues, from surging and lumpy idling to a general loss of power. The quality of fuel that you use will also impact the performance that you get from your engine - be sure to always use a fuel with the appropriate octane rating for your vehicle, which brings us to our next point.

What are the Different Types of Fuel?

It is essential that you pay attention to the minimum octane rating of the fuel that your car's manufacturer recommends. Fuel is offered with different octane ratings at most stations, so always make sure that you follow this recommendation when refuelling. You can tell which is which just by looking at the number on the pump. 91, 95 and 98 refer to the octane present in the fuel, and the general assumption is that the higher the octane rating, the more power you'll get from your motor. This isn't the case. Instead, the octane present in fuel allows the fuel to be compressed to differing levels, with the more octane equalling more compression before the fuel ignites on its own. Petrol engines compress the air/fuel mixture before igniting it with the spark, and higher octane content in fuel allows this mixture to resist premature ignition, which can cause shock damage to the moving parts in the motor. In a lot of modern cars, knock sensors can determine whether there are premature detonations and will slightly adjust the timing to ensure that this is reduced, however they can only do so much and in doing their job, will lower the power of your engine. This means that if you run a low-octane fuel in a high-compression engine, there is an increased risk of knocking and therefore engine damage.

To further complicate matters, recent years have seen a rise in the number of pumps offering ethanol-blends. The number after the E in ethanol-blended fuel refers to the percentage of the mixture that is ethanol. Ethanol increases the octane rating of fuel and has a cooling effect on the fuel/air mixture, so will perform better in high-compression motors. It will, however, tend to provide less range before being used up, since the ethanol itself contains less energy than petrol does. The other thing to be aware of is that your car will need to be specially tuned for higher ethanol mixtures, since it changes the combustive properties of the fuel/air mixture, and whilst you may notice a slight increase in power by using lower ethanol mixes in a regular car, it will often be a waste, since you'll use more of the stuff as you drive.

The section above is referring to the octane content in petrol, but what about the unleaded label? What's that all about? Well, back in the olden days and right up until the '70s (okay, not that long ago) adding lead to fuel was a solution to premature ignition, and had the added benefit of reducing wear on the exhaust valves of motors. This was great for motorists since higher compression ratios that gave more power, often caused problems due to the low octane rating of the available fuels. However, it wasn't so great for the environment. Tetraethyl lead - the stuff added to the petrol - caused noxious fumes and also caused lead poisoning in the unfortunate workers that made the fuel. This very real danger resulted in a shift away from its use, as well as it being banned for road use in many countries.

Old cars that used to require leaded fuel can be either converted to run on unleaded fuel - which involves machining hardened valve seats into the motor - or they can make use of lead-replacement additives that carry out the same job lead used to, but with none of the nasty side-effects. We'll have a look at additives below, but for now, let's talk about diesel.

Diesel is the smelly, greasy stuff that you never want to put into your petrol car accidentally. Or at least that's all most people think it is. The reality is that diesel is a more powerful fuel than petrol, which means that less of it is used to do the same job, thus resulting in better fuel economy. Diesel engines don't inject the fuel into the cylinder until the air inside has already been compressed, which means that there's no need for octane ratings. Instead, diesel is usually rated by its cetane content - which is a rating of ignition delay, and its energy density - which rates how much potential energy the diesel stores. Realistically, these ratings aren't something you'll see at the pump, so you only need to look for the (usually black) pump handle.

Diesel fuel does produce more noxious exhaust than petrol per litre burnt - which goes away towards its reputation as a dirty fuel - however since it burns less fuel to make the same amount of power, a diesel engine will end up producing far less dangerous hydrocarbon exhaust over its lifespan. Diesel is also a much greasier fuel than petrol, and won't tend to evaporate when spilled, so will often make for a slippery and dangerous mess if spilt.

All this said, you obviously shouldn't ever mix the two fuels, as putting diesel in a petrol car will cause it to run rough and smoke a lot - if it runs at all, and putting petrol in a diesel car is even worse. Mistakenly adding petrol to a diesel vehicle can cause your injectors to fail, since the diesel lubricates a lot of the internal components of the fuel system and the petrol will act as a solvent that thins out and breaks down the diesel fuel.

What are Fuel Additives?

There are many different additives available for use in your vehicle's fuel system. We've previously mentioned lead-replacement additives, but there are also many others. Some of the most common additives are octane boosters. These will, as the name suggests, boost the octane rating of the fuel you use, and so will help to reduce premature detonation (knocking and pinging.) This can also result in a power increase and an increase in fuel economy in certain situations too. Using an octane booster is a good option if you are unable to find a suitably rated fuel for your high-compression engine, though they shouldn't be relied upon solely - as mentioned earlier, it is always best to match the fuel you use to the motor you have.

Other additives can be used to clean injectors and fuel systems or to break down deposits in your carburettor, and fuel stabilisers are a good idea to use if your car is going to sit for an extended period, since petrol deteriorates over time. Diesel engines can benefit from fuel treatments that can help to break down waxy residue in the fuel system, as well as inhibit the growth of water-producing algae and other microbes that can be present in old or lower-quality diesel. As with everything, be sure that the additive isn't being used as a band-aid for a more serious issue - you are better off getting to the root of the problem, and fixing something that's broken, than pouring extra money into your fuel tank! 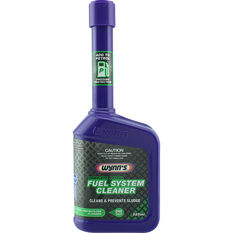 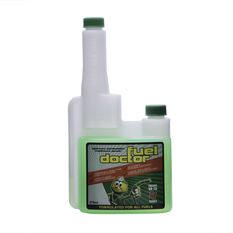 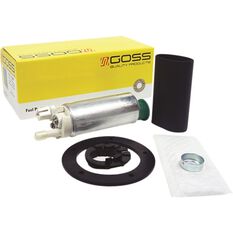 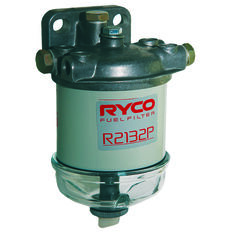 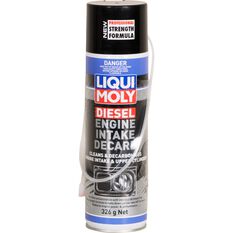 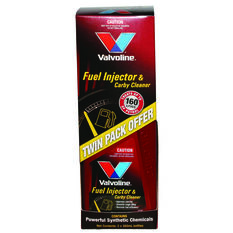