The engine oil in your car plays a bigger part than it might seem. In fact, the role which engine oil plays is so important that if you don’t use the right engine oil, then you may find yourself having to replace the whole engine just to get your car back on the road.

Our focuses in this article will be to explain the differences between diesel engine oil and normal engine oil, to explain what a “DPF” is and what it is used for, and lastly, answer if you can use diesel specific engine oil in a petrol engine.

What Is The Difference Between Diesel And Normal Engine Oils?

A diesel engine tends to produce a larger quantity of soot and thus, an oil which can minimise this is essential.

What Is A Dpf? And What Is Dpf-safe Oil?

A DPF, otherwise known as a Diesel Particulate Filter, is a device which is fitted from factory on most modern diesel vehicle exhausts to help control emissions. To reduce heat and friction within the engine, small quantities of engine oil are released into the combustion chamber to lubricate the engines pistons. The purpose of this device is to catch and burn any unwanted particles which flows in the exhaust gases that are emitted from the engines combustion process.

In order to prevent the DPF from getting blocked, it’s crucial that the engine oil which you use is low SAPS. A low SAPS (Sulphated Ash, Phosphorous, Sulphur) oil is typically suggested for use with a vehicle which has a DPF installed as if you were to use a normal oil instead, the DPF may become blocked and need cleaned or replaced by a professional. Can You Use Diesel Engine Oil In A Petrol Car?

API (American Petroleum Institute) ratings simply rate the quality/performance for petrol or diesel engine applications. If the API rating starts with S, then it is intended to be used in petrol engines. If the rating starts with C, then it is intended to be used in diesel engines. Some oils have been rated to use for both types of engines. Due to differences in specifications it’s not advised to use diesel specific engine oil in a petrol engine, and vice versa unless the manufacturer specifies otherwise. 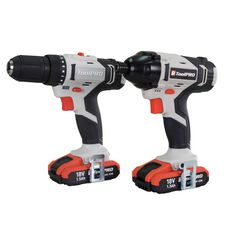