In this article, we will talk about the signs that your car's electrical part shows when it needs your attention

Issues with your electrical system can be a real pain to live with, but some may have a real impact on the safety of you and others. You'll generally know when you have an issue with your electrical system because something will stop working. Whether this be lights, gauges, stereos, electric window buttons not doing what they're supposed to, or the car just refusing to start, it's hard not to notice an issue. Luckily, faults of this nature don't always turn out to be issues with the actual component, but rather the wiring, fuses and connectors in the circuit. Below, we will highlight a few of the most common things that may indicate that you have an issue with your electrical system and suggest some solutions.

My car is hard to start

Probably one of the most common (and most frustrating) issues your electrical system might have, is a flat battery. When the battery is down on power, then your car will have trouble starting - the starter may crank the engine over slowly, or simply not at all. This isn't necessarily the only thing that can cause your car not to start. If you know that your battery is fine, then the next thing to check is the earth cable that is connected to the negative post on the battery. A worn, corroded or missing earth cable will mean that the circuit within which the electricity flows (from the battery to the starter and back to the battery via the chassis and the earth cable) won't be closed, and therefore the starter will run poorly or not at all. The next thing to check is the fuse box. Blown fuses can cause all manner of issues, since every circuit in your car will ordinarily be protected by one, and your ignition circuit is no different. If you have ruled out all other possibilities, then the issue may in fact be a failed starter motor which will either need to be repaired or replaced.

If your battery keeps dying on you, it may be time to replace it. Before you do though, it is worthwhile testing the alternator to ensure that it is working properly to recharge the battery since a failed alternator means that replacing your battery won't fix the issue at all. Check the alternator pulley and belt carefully when the car is running, and ensure that both are turning and free from damage and wear. You can also check the alternator itself for continuity and charge using a multimeter, and if your car is equipped with a battery gauge, then you should see an increase in voltage when the vehicle is running. A general rule of thumb is that the gauge should read just over 12 when your car is turned on but the engine isn't running, and around 14-14.5 when it is running.

This is an issue that should always be addressed as soon as it is discovered and luckily it is usually a quick fix since the most common cause of light failure is a blown bulb. Modern automotive bulbs come in many varieties, separated by brightness, type and price. It's always recommended to buy the best quality bulbs that your budget allows for, though the more high-powered options may involve some wiring work. Bulbs can usually be changed with ease, and a fitting service is offered in our stores, should you prefer to leave it up to the experts. If your bulbs are fine then the next thing to check is of course, the fuse box. As mentioned above, all circuits in your car should be protected by a fuse. If you do need to replace one, be sure to do so with the battery disconnected, and be sure to always replace any fuse with one of the same rating and type. If changing a bulb and fuse doesn't solve the issue, then it could be the result of damaged wiring or a faulty connector. If you find that your lights work intermittently, or will switch on and off when you wriggle the wiring loom, then you might need to replace a connector or repair the wiring. Be sure to use water-tight connectors where wiring will likely be exposed to the elements, and always insulate wiring to avoid shorts and potential shocks.

My stereo or speakers aren't working

As with the lights, your issue could be related to the stereo components themselves, the wiring and connectors in between them, or the fuse that protects the system. If your stereo doesn't turn on at all, it is likely that the fault lies between the fuse and the actual head-unit, so follow a process of elimination - working your way from the fuse box to the stereo in order to find where the fault lies. The same thing applies to the rest of your sound system - each speaker will have its wiring and connectors - most often a positive and negative wire, though they don't usually have their fuses, except in the case of high-performance stereos, amplifiers and subwoofers. If you need to repair the wiring or connectors - as always - be sure to insulate any exposed wire.

It can be frustrating to track down the source of an electrical issue, but a simple method is to check continuity in a circuit on each side of a given component using a multimeter. Remember that if something in an electrical circuit isn't working, it means that the circuit itself is not being completed, which means that there is a break in the continuity of the circuit. There are plenty of guides online that will walk you through the simple tests that you can carry out in order to locate an issue in your electrical system, and if you follow a basic process of elimination, working your way back from the heart of the operation - the battery - to the component that isn't doing its thing, then you should find the cause of your problems with relative ease. As with everything though, always be sure to follow basic safety procedures, and if you get stuck - feel free to ask us for advice and pointers! 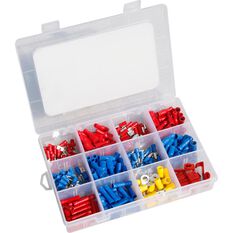 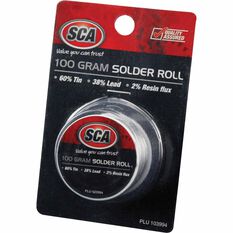 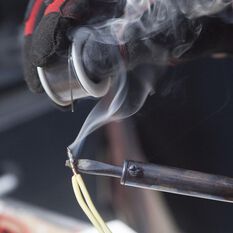 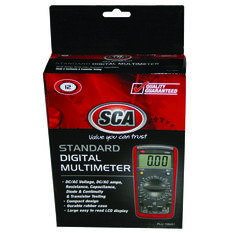 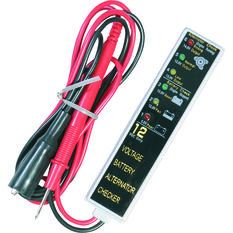