Everything you need to know about Coffs Harbour What is the Coffs Harbour all about?

Remember back to when you were a kid and there was nothing more exciting than a playground. Being able to run around from one obstacle to the next, always have some other challenge waiting right around the corner was enough to get screaming 8 year old kids losing their minds in excitement. That’s Coffs Harbour for 4WDers. An absolute mecca of off-road adventures with some of the most challenging 4WD tracks in the country all within a stones throw of each other, stunning isolated beaches, and a quick drive to the ice cream parlour if you behave yourself. It doesn’t get any better.

Things to do in Coffs Harbour

There’s two distinct landscapes that make the east coast such an action packed place for 4WDers, the mountainous country from the Great Dividing Range, and the stunning beaches. Coffs Habrour is one of the most spectacular places the two come together.

Top 10 things to do on your Adventure

How to cross the Coffs Harbour

Whether you’re planning on spending a week or a month in Coffs Harbour you’ll barely scratch the surface so it’s worth moving camp at least once or twice to get a good idea of what the place is all about. We’d recommend stocking up on supplies in town before heading north to Pebbly Beach for a night to ease yourself into low-range life. From here you can head west out into the hills for some of the most challenging 4WDing you can imagine before coming back to civilisation bruised and battered a few days after. If things do go pear shaped there’s no shortage of parts of workshops in town so you’re never far from help. If you’re heading to Pebbly Beach – and you absolutely should – you’ll need to get a day pass for the surrounding Yuraygir National Park for $8 per day per vehicle. Camping itself requires booking, and attracts a fee of $24 per site with a maximum of 6 visitors per site. Most of the surrounding areas are generally state forests so won’t require permits or fees, but as always, look at the areas you’re heading into as a permit is a lot cheaper than a fine.

Don’t get too far ahead of yourself – There’s tracks in Coffs Harbour for experienced or beginner 4WDers, but very rarely is there any indication of exactly which is which. There’s plenty of maps available of the area and a wealth of local knowledge so don’t be afraid to ask for tips on places to head. If you’re a new 4WDer out for your very first trip or a seasoned veteran looking to push yourself and your rig to the limit Coffs Harbour has it all. From countless hill climbs and river crossings to hidden waterfall camp sites and lookouts that should be world famous you’re in for one hell of an adventure. Load up the 4WD with some basic camping gear, throw a tin or two of chilli on a campfire and go exploring. 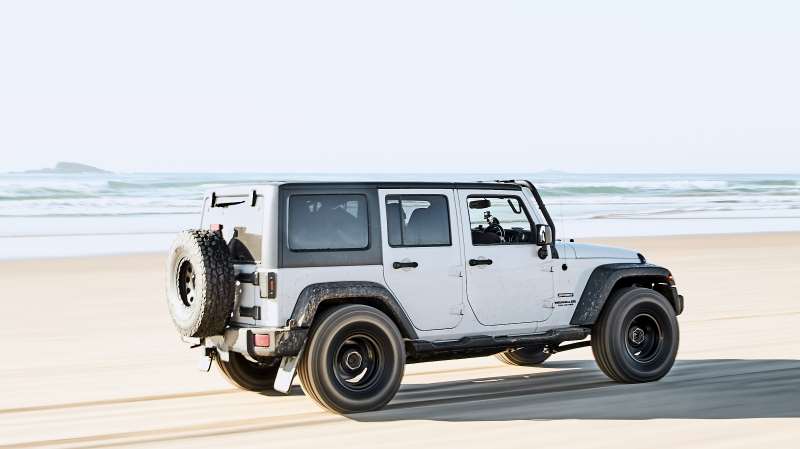